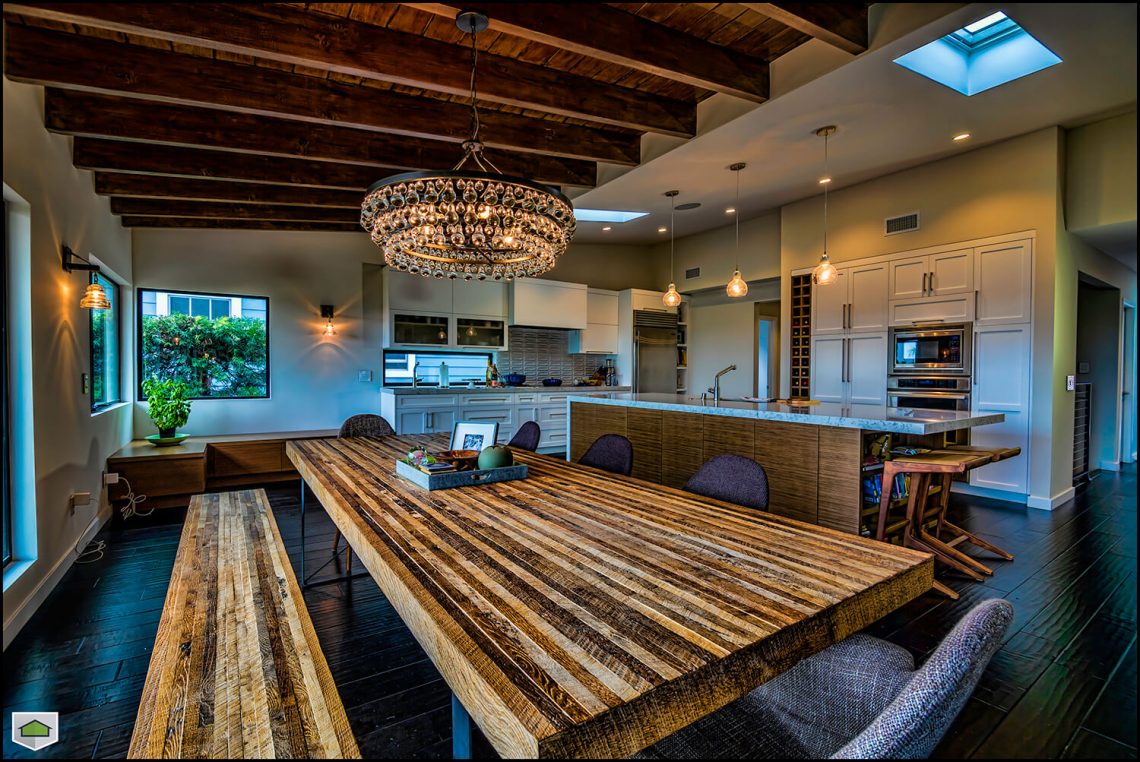 This project was a complete house remodel which had to be thought out very carefully. The house was built in the 60’s and has not been touched since. We decided it was important to keep the original characteristics of the house, while updating it where necessary and bringing it up to date. We changed the layout to suit the clients’ current needs and eliminated some walls to create more of an open feeling throughout the house.

The lighting was planned through a thoughtful process which was meant to keep the 60’s feel while giving it a modern twist and tying the different areas of the home together to convey the feeling of cohesiveness.

In the kitchen we decided to go with white satin shaker door, which has more of a traditional feel, and combined it with a modern walnut veneer for the island. We made a conscious choice of traditional shape for the backsplash to go along with a quartz counter top with a marble feel, to rely the mix of mid-century modern and the original foundation that was present.

We decided to continue the along the same line with the bathrooms and incorporated traditional materials with a modern twist such as wallpaper, Edison light fixtures and ceramic tiles.

Overall, the house was completely updated but kept its original roots which became a beautiful midcentury modern statement.